The City of Cypress was incorporated in 1956 due to the efforts of its 1,070
residents who desired to maintain the identity of the community by avoiding
acquisition by surrounding cities. In 1960, the City Council allowed the first
development of the first sub-division for single dwellings.

Around the 1880’s the dairy industry in the area began to develop. In 1906,
the area was named was named Waterville, and the area was plotted into 160
acre farms. The name was derived by the abundance of artesian wells in the
vicinity. Eventually the farming economy gradually began to give way to the city
of today. In The name Dairy City was adopted at the time of incorporation. Dairy
City had a population of 1,616 people, and 24,000 cows! Just four months later
the city’s name was changed to the City of Cypress. Today, the population has
grown to nearly 50,000 people—the cows have moved on and are no longer
counted!

The Cypress Tanglewood Homeowner Association was conceived of and built
by the Larwin Company in 1966 on approximately 35 acres of land situated in the southwest section of the City of Cypress, CA. The CTHOA is a family friendly planned community consisting of 302 townhomes, along with recreational
facilities and several beautiful greenbelts. When built in 1966, the smallest two bedroom homes sold for approximately $19,000 and the largest 4 bedroom homes sold for approximately $24,000. 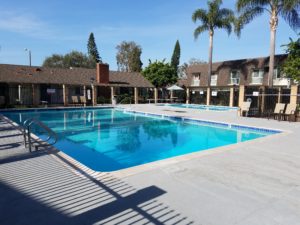 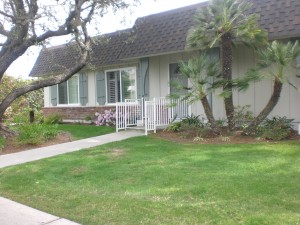